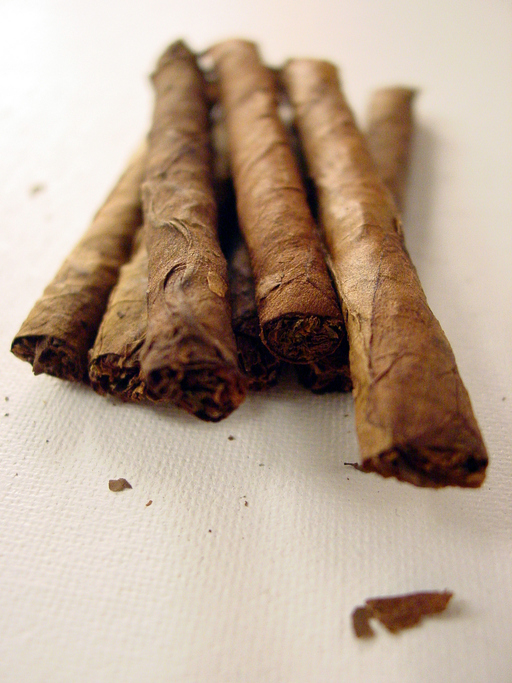 If sales over the years are any indication, many people would rank Backwoods Cigars among their favorite brands of smokes. Their parents may also rank these tobacco products highly, and even their grandparents may fondly recall lighting them up as young adults. Not many of today’s most popular manufacturers can make the same claim.

By the 1970s, the conclusion was unavoidable. Smoking, a pastime shared by tens of millions of Americans and nurtured over decades by slick marketing, causes cancer. The government started to respond, and the tobacco industry had to respond to the response. The efforts of the latter to counter the efforts of the former and win over an increasingly aware public define the modern history of tobacco.

Among the earliest major laws passed in direct response to these scientific findings were the Cigarette Labeling and Advertising Act of 1965. This legislation is the reason we see health warnings from the Surgeon General on every pack of smokes. With that said, the event that arguably kicks off this era is the passage of the Public Health Cigarette Smoking Act of 1970. For starters, it strengthened the aforementioned law by requiring the warnings to be larger and more visible on the packaging.

More notable still is its full-scale ban, effective on the first day of 1971, of radio and television advertising for cigarettes. These media were the most profitable ways for tobacco brands to attract customers. While the Marlboro Man and other campaigns would live on or evolve in print media and other places, their glory days were clearly behind them.

The 1980s: The Rise of Backwoods Cigars

Backwoods Smokes seemed to emerge at a bad time in history. This Ft. Lauderdale, Florida-based manufacturer started in 1973 with a line of cigarettes. Many who tried them enjoyed the rich Backwoods flavors. However, the quality of the product is rarely the sole factor determining its popularity. In the wake of the advertising bans that otherwise might have increased brand awareness outside of its home city, Backwoods Smokes struggled to grow.

Then, the tobacco industry people realized something: the Public Health Cigarette Smoking Act banned televised ads for cigarettes. It did not explicitly prohibit ads for cigars — or, for that matter, “little cigars.” Many companies would exploit and profit from this loophole, and the cycle of government response and industry countermeasures continues even today.

Backwoods Smokes was among these brands. They pivoted to creating and selling cigars, then crafted commercials around their rugged appearance, all-natural tobacco, and smooth pull. Most of their marketing materials were oriented towards the masculine. A TV spot shows a woman roping two men with cigars, a magazine full-pager depicts a mountaineer stopping for a smoke. The tagline: “How can anything that looks so wild taste so mild?” Smoking enthusiasts just had to find out for themselves.

The ads were a hit, and so were the cigars. Backwoods gradually became the best-selling all-natural cigars in the country, and they took off around the world as well. One particular scene, which also went through its formative phase and gained popularity at around the same time, gravitated towards Backwoods. Hip-hop artists, especially those from the South, came to favor this brand.

Many rappers, from The Notorious BIG and members of The Roots to Travis Scott and Drake, have referenced Backwoods in their work. With that said, we should mention that most of these shout-outs have little to do with tobacco. This company’s cigars are wrapped in Broadleaf paper, which is aged for a full year and carefully cured. The result is a wrap with a rich range of flavors and scents — which many rappers have used to roll blunts containing certain other substances.

We do not mention this phenomenon to condone it. We only mention it because it is a significant chapter in the history of Backwoods cigars. HotNewHipHop, a big name in rap media, even created a YouTube interview video series called “How to Roll.” As of this writing, 50 of the 80-plus videos feature the star subject rolling with Backwoods paper. Regardless of how one may feel about the matter, it is worth chronicling in an unbiased article of the history of Backwoods Smokes.

Nearly 50 years after its founding, Backwoods remains a highly popular brand among cigar fans. Their products continue to receive praise for their high-quality machine production and especially the ingredients. In addition to the famed Broadleaf wrap, Backwoods deserves credit for the use of all-natural tobacco, which they use in all their products. Their slogan is “Always True” for a reason. It makes for milder yet more pleasing Backwoods flavors and an ideal cigar-smoking experience.

All this talk of popularity is not simply anecdotal either. Their products are collectively the “number one all-natural cigar” in the business — at least, according to Backwoods Smoke's marketing materials. Perhaps that success is owed to the company’s loophole-exploiting ad campaigns. Perhaps the real cause of the brand’s longevity is their products’ embedment in hip-hop culture. Most likely, no amount of promotion in TV commercials and rap lyrics would have taken off without high-quality products that leave customers satisfied.

A Variety of Backwoods Flavors on Sale

There is at least one more great aspect about Backwoods Cigars that we did not touch on in this history. They have created a pleasing variety of flavors, from the classic Sweet Aromatic to the decadent Honey Bourbon and many more. You can find many Backwoods flavors on sale at low prices here at Cheap Cigars 4 Me.