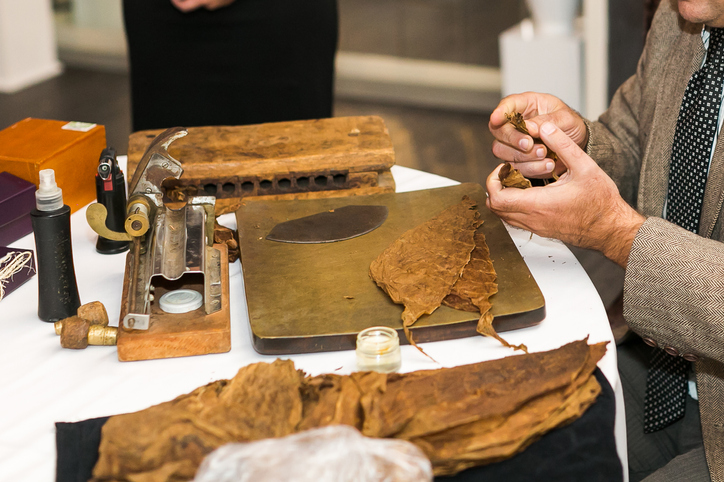 There are a lot of smoking options available in the market today. From cigarettes, cigars, blunt wraps, hookahs, and whatnot. However, every smoker seems to have a personal favourite for that perfect ‘hit’. Depending on the after-effects of these different products, its nicotine or tobacco content, size and a lot of other factors smokers like or dislike certain products more than others.

Cigars and blunt wraps are considered as among the most favourite products on every smoker’s list. These two are quite popular as socializing smokers favorites as well. Although both have great similarities, they still have too different offerings packed. For instance, both are tobacco products in making, but cigars and blunt wraps contain different levels of tobacco in them.

Rolling papers are actually thin sheets of paper from which people make hand-rolled cigarettes or cigars. From these rolling papers itself, people also make joints. However, there are certain market players who prefer making rolling papers that can be specifically used to make marijuana blunt wraps only.

These papers are made using various materials such as hemp, flax, rice and wood pulp. Out of these superior materials, certain indigenous as well as exotic ones have a unique yet mild flavor associated with it. This raises preferences among the smokers for that habitual hit in the head and mind. There are certain other materials that do have a specific flavour attached to it.

In addition, the thickness of the different materials in the compositions also varies giving different resulting products. For instance, rice papers are thinner than hemp. This makes the cigars that are made from rice much more fragile than those made from hemp. This significantly impacts the durability or longevity of the smoking product.

Also, the resultant size of the rolling papers varies allowing individual or group use. The size also means different amounts of marijuana can be filled in it. Some smokers prefer a longer drag and an elongated product. While others have a liking for shorter or smaller rolls.

However, among the millions of young and old smokers who prefer cigars over blunt wraps or otherwise, do not actually know these product differences in detail. There is a lack of common understanding about their actual makeup, composition, smoking effects and several other product-specific characteristics.

Nonetheless, these days several additional accessories are easily available in the market that makes it an easy, smooth and enjoyable process for new smokers or beginners.

Let’s have a further, detailed look at how these cigars and blunt wraps have different things to offer to their smokers:

The manufacturing process of cigars and blunt wraps also differs a lot. The process of rolling, sorting, binding, wrapping varies.

Cigars contain higher levels of tobacco, and therefore a greater proportion of nicotine. On the other hand, blunt wraps have a lesser level of nicotine.

Difference 3: After - effects of consumption:

The consumption of blunt wraps is associated with a better "high" effect as compared to cigar. The smoke from blunt wraps is mixed with nicotine found in it. An instant head rush with the extra amount of nicotine is considered superior to that of the cigar.

Rolling papers and wraps are comparatively inexpensive. The user-friendly combination of practicality mixed with affordability makes different options a personal favourite for many people who prefer to smoke marijuana.

People often state that the taste of the wrap itself dominates the flavour of tobacco and marijuana. Therefore, before you choose your next drag - tobacco or even marijuana, check for the flavours available. So it’s important for smokers to understand the flavouring agents used before they set to choose these wraps in a hurry.

Cigar wraps are generally larger in size than the most common rolling papers. They also contain a greater amount of tobacco or marijuana. This also brings a variation in the duration they both burn for. Specifically, the bigger one, i.e., the cigars burn longer allowing the user a much longer savouring. On the other hand, rolling papers are smaller in addition to being thinner.

Despite the many differences noted above, cigars and blunt wraps are still used interchangeably by most smokers. In fact, blunts are commonly considered as cigars that have their tobacco removed and then replaced with marijuana. Blunt wraps have a rather loyal user base for their associated ‘safe’ use from the health viewpoint. Nevertheless, gaining knowledge and details about what you are consuming on a daily or casual basis is obviously a wise decision.

Blunt wraps and cigars are similar in a lot of ways, yet different in others. Certain smokers prefer the modern, chic-looking blunt wraps over traditionally preferred cigars. While other smokers prefer savouring only the rich taste and flavour associated with cigars. Cigars enjoy a greater popularity and fan base than the blunt wraps, however both have their unique loyal base of smokers.

These two smoking products also differ in a lot of ways and characteristics. blunt wraps are most commonly associated with their hints of greater nicotine, giving the smoker an extra hit in the head. The extra buzz that smokers gain from most blunt wraps have led to their recent popularity (especially among the youth) as a safer source than tobacco. The above mentioned differences between cigars and blunt wraps exist, however they both are equally chosen by different smokers.

Find your next drag for the perfect bit for relaxment, right here: