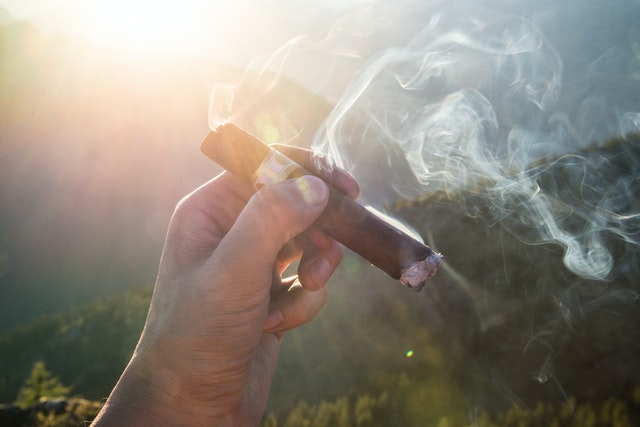 Smoking a cigar is the perfect way to celebrate an occasion or just appreciate the true work of art that cigars are.

If you’ve decided to finally take a plunge and try your first cigar, it’s important to know the essentials that a first timer should be aware of. This article will help you get the first cigar experience in the best way possible.

It is said that Columbus discovered cigars, but as ‘discovery’ brings forth something which already exists, it is safe to say cigars were around way before Columbus discovered them. Owing to their climate, location, and a myriad of other factors, cigars made in Caribbean countries are unique. This is why ancient sailors and explorers got fascinated with the dried up & rolled tobacco leaves that natives were smoking, and resultantly brought back loads of them to their home countries.

Since then, there’s been no stopping the popularity of cigars. The high innovation in this field has brought much advancement such as machine-made cigars, flavored cigars, and so on.

How to smoke your first cigar

Having given a brief intro and hint about the history of cigars, let’s directly jump to the steps that are involved in making your first cigar experience memorable.

What do we mean by ‘the right place’? Well, it is one that offers ultimate conduciveness for cigar smoking. We suggest heading to a cigar lounge as it provides a calm environment and people would be willing to help you in case you require guidance.

However, after reading all the points mentioned below we doubt you’ll be needing guidance, still, it’s good to be on the safer side.

Common types of cigar include Robusto, Belicoso, Corona, Lonsdale, Panetela, Churchill and so on. But do you know which one you should go for? Well, the answer is anything mid-tier cigar that suits your budget and looks manageable to you is fine.

There’s no need to spend a fortune in hope of getting a good first experience when you’re just starting out.

After you select the one, check it thoroughly for any imperfections. The right cigar should not be too hard or soft. Soft spots in a cigar indicate that less tobacco has been put up and conversely hard spots indicate the tight packing of the cigar which may result in it getting plugged.

A plugged cigar occurs when some of the leaves obstruct the flow, which in turn hampers the realization of pleasure in smoking.

(Tip- If you get a plugged cigar, ask a cigar smoker to massage it to get rid of the plug).

The point may appear to be simple and unworthy of putting a paragraph about, but trust us, this is exactly where beginners and even regular users go wrong. First of all, let’s know about the different parts relevant to us here. So a cigar consists of a head and a foot. You will have to light the foot and place the head in your mouth. And the head is the part you’ll have to make a cut too.

The goal of cutting the cigar is just to cut the bare minimum area to smoke. A wrong cut may run the risk of wrapper leaf opening up which will ruin the whole experience. We suggest getting a V cutter for cutting a cigar as a beginner.

Although there are several other cutters available such as guillotine, cigar knife, cigar scissors, V cutter contains a frame that doesn’t let you cut too far. And overall, cigar cutters would prove a great investment and you would never regret buying one.

You’ll know the stark difference between a cigar and a cigarette when you begin lighting the cigar up. Yes, and unlike in a cigarette, you don’t put the flame directly on the cigar. Instead, you should hold the cigar at a reasonable distance and let the flames heat the leaves.

While lighting, rotate your cigar holding the flame just below the other end of your cigar as mentioned earlier and continue the process till the outer rim of the cigar begins to glow. Be careful not to inhale at the time of lighting. If you are easily able to draw smoke, congratulations, you have successfully reached the end of the ‘lighting step’.

Now the first thing that you need to do after lighting is ‘blow out the old smoke’. This is because ammonia and other bittery substance tend to accumulate on the other end of the cigar and sucking them may lead them into your mouth (and that’s not a very pleasant feeling). Once you are done with this step, you are all free to start taking the first delightful draw.

Another distinction between cigarettes and cigars is that while smoking a cigarette, you inhale the smoke and traverse it through lungs, but that’s not the case with cigars. The right way to smoke your cigar is to suck the smoke gently and fill your mouth with the smoke.

We hope the above steps go a long way in making your first cigar experience worth remembering. Now, once you feel you must go a step above and try premium cigars, head on to our store. At Cheap Cigars 4 U, we provide premium cigars for cigar aficionados. Take out time to browse our store, we are sure you’d be delighted.